Transfer from Linz to Cesky Krumlov 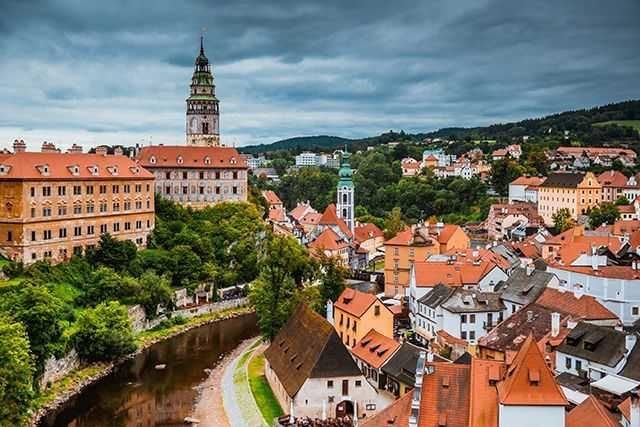 Linz  is the third-largest city of Austria. It is in the north centre of Austria, approximately 30 kilometres south of the Czech border, on both sides of the River Danube. The population of the city is 205 thousand.

In 2009 Linz, was chosen as the European Capital of Culture. Since 1 December 2014 Linz is a member of the UNESCO Creative Cities (UCCN) network as a City of Media Arts. Cities receive this title for enriching the urban lifestyle through the sponsorship and successful integration of media art and involving society in these electronic art forms. Linz is well known for the Linzer torte, which is said to be the oldest cake in the world, with its first recipe dating from 1653.

Our private transport recommends a stopover on the way from Linz to Cesky Krumlov, Prague, etc.:

Pöstlingberg  - 539 metres high hill on the left bank of the Danube in the city of Linz, Austria. It is a popular tourist destination, with a viewing platform over the city, and is the site of the Pöstlingberg pilgrimage church, and the Linz Grottenbahn.

Rožumberk - castle situated in South Bohemia near Rožmberk nad Vltavou in the Czech Republic. Considered as one of the oldest castles in Bohemia, it stands on a promotory carved out on three sides by the river Vltava. It was first mentioned in 1253.

If you are interested in some stopover, write in the note in the order.